Michael Roque Collins produces some of the most deeply affecting figurative expressionism seen today in contemporary art. His lush oil paintings rip deep meaning from thick paint and bold line. Layering and slicing with his brush and palette knife, he mines the metaphorical mysteries of archetypal symbols—especially those of regeneration and renewal. For both his style and subject matter, Collins has been described by critics as one of the most unique painters whose work is exhibited in Santa Fe.

His oil-on-linen paintings and a new body of mixed media paintings on photographs bear homage to the transcendence that can be found in compassionate contemplation of the cycling and balance between enlightenment and darkness, creation and destruction, order and disorder, both in the human condition and the natural world. It has been said that his paintings have an American spiritual resonance with the paintings of Anselm Kiefer or Gerhard Richter. They are conduits to memories that lie deeply buried in our childhood psyches as well as universal, archetypal memories of the sublime. In his paintings we find Blakean beauty resident in the terrible. An imagistic light seems to come from within, augmenting the sense of mystery and transforming metaphorical fields of darkness into parables of hope for the future.

Collins acknowledges a variety of influences, including Max Beckmann, Charles Burchfield, JWT Turner and the Hudson River School. Primitive art objects collected by his father gave him early exposure to strong and direct expressions of the supernatural within the natural environment of daily life. Though these influences were important to the developing foundations of his art, his distinctive style originates from his personal conception of light, value, color and lines. Ideas emerge from his dreams, revealing visions of the conscious and unconscious mind.

Born in Texas in 1955, Collins earned a BFA from the University of Houston in 1978 and later earned an in painting from Southern Methodist University. Since the mid-1970s he has directed the Lowell Collins School of Art in Houston; he has also held positions on the art faculties of several universities.

His works have been favorably reviewed in a variety of international arts publications, such as Art News Magazine, Art In America, Art Lies, and Art World Magazine. Collins has had over 50 solo exhibitions at nationally and internationally recognized gallery and museum venues including LewAllen Galleries in Santa Fe, New Mexico, Gerald Peters Gallery in Dallas, Texas, Art Space/Virginia Miller Galleries in Miami, Florida, Redbud Gallery in Houston, Texas, La Galerie K in Paris, France, and spaces in Santiago, Cuba, Berlin and Leipzig, Germany.  His works may be seen in 13 museums in the U.S., including The Art Museum of South Texas in Corpus Christi, Texas, Bass Museum in Miami, Florida, The Ogden Museum of Southern Art in New Orleans, Louisiana, the El Paso Museum of Art in San Antonio,  and the Museum of Fine Arts Houston, as well numerous corporate collections.

His art has been curated in more than 250 group exhibitions in the U.S., Cuba, Peru, Germany, China, Mexico, France, Denmark, Greece, India, Japan and Turkey. His paintings have received more than 50 juried awards, including a National Endowment for the Arts-Middle American Arts Alliance grant for excellence in painting and works on paper, as well as three Cultural Arts Council of Houston grant awards for excellence in painting. Collins has held many university teaching positions and is currently the Senior Director of the Visual Arts Department, at Houston Baptist University, where he is also Artist-in-Residence in Painting, Professor of Art and focuses on teaching in the MFA program. 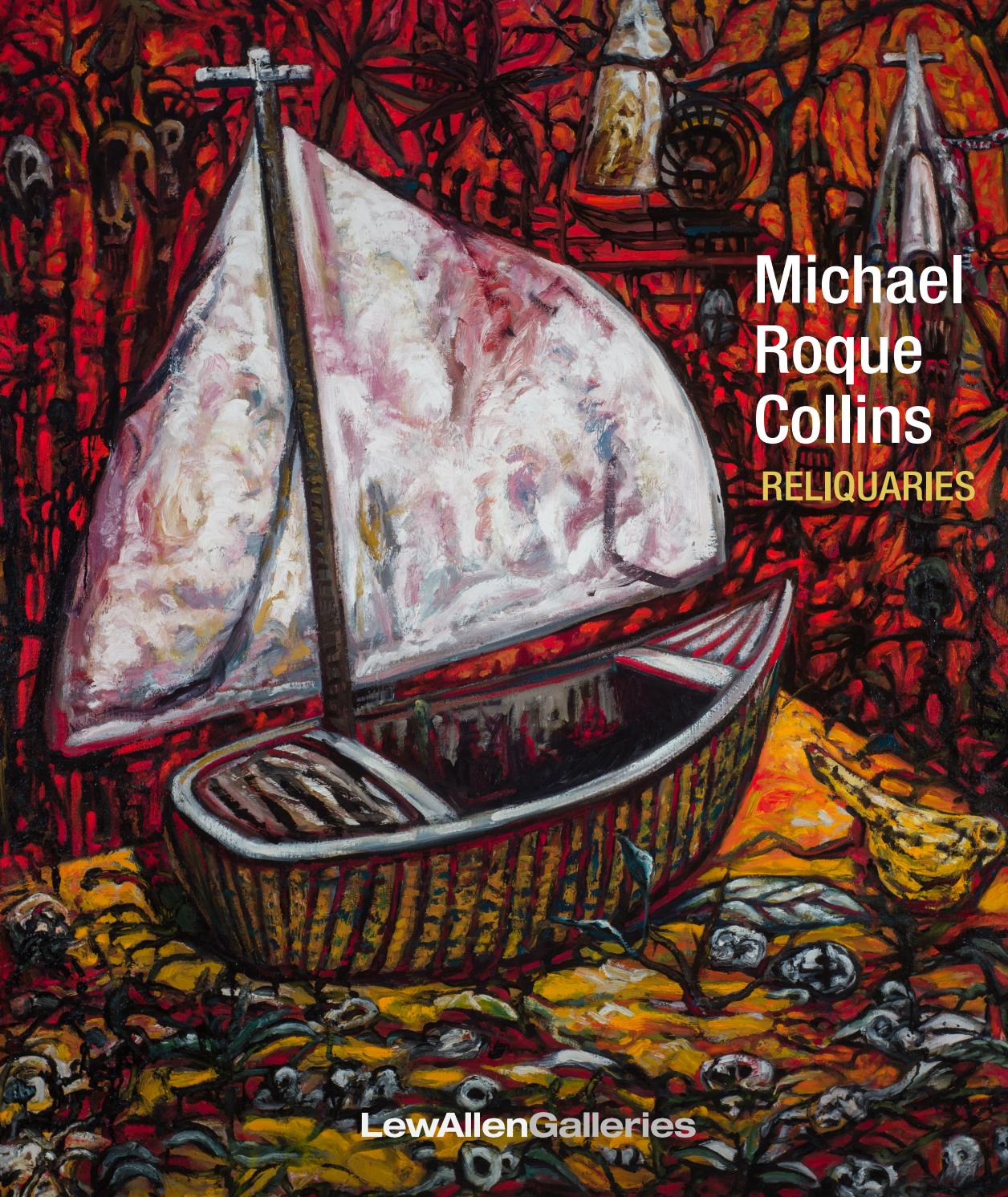 Inquire about The Weeping Chair by Michael Roque Collins