Fritz Scholder: From the Indian to the Mythic

Fritz Scholder’s frank depictions of American Indians made him the most successful and highly regarded painter of Native Americans in U.S. history. Arguably the genre’s most influential figure, Scholder revitalized and reconfigured "Indian art," forging a unique amalgamation of Expressionism, Color Field, and Pop art to convey his singular take on the experience of the modern American Indian, about which one critic said he “broke the mold.”

Scholder was one-quarter Luiseño, a California Mission tribe, but he said he grew up "non-Indian." Born in Breckenridge, Minnesota, Scholder spent his childhood across the Midwest, where he developed a passion for drawing and painting. When the family settled in Sacramento in the late 1950s, Scholder studied at Sacramento City College with the celebrated Bay Area artist Wayne Thiebaud, who exposed him to the Pop art movement and also arranged his first solo exhibition. At a time when Native American art was dominated by romantic portrayals of the stoic and invariably head-dressed Indian Brave, Scholder imagined the Native American subjects of his paintings with cigarettes, beer cans, and dark glasses, in pickup trucks and blue jeans. In turns elegant and radical, Scholder explored Native American identity with poignancy and bravery. His palette of lime greens, blazing oranges, and moody blues masterfully evokes quintessentially American feelings of discovery and rebirth.

Fritz Scholder died in 2005 at the age of 67. He received a B.A. from Sacramento State College in 1960 and an M.F.A. from the University of Arizona in 1964. Over a dozen books have been published on Scholder and his work, and he has been profiled in two documentaries for public television. In a single year, exhibitions of his work were seen in Japan, France, China, Germany, and at the Hermitage Museum in St. Petersburg, Russia. In 2008, the Smithsonian Institution's National Museum of the American Indian mounted an unprecedented dual-city career retrospective in both New York City and Washington, D.C. His awards include fellowships from the Ford, Rockefeller and Whitney foundations. His art is in the permanent collections of major museums, including the National Gallery and the National Museum of American Art in Washington and the Museum of Modern Art in New York.

Exhibition Recommendation for From the Indian to the Mythic: Visual Art Source

Artsy Editorial: Why Fritz Scholder Was One of Few Native Artists to Break into the American Mainstream 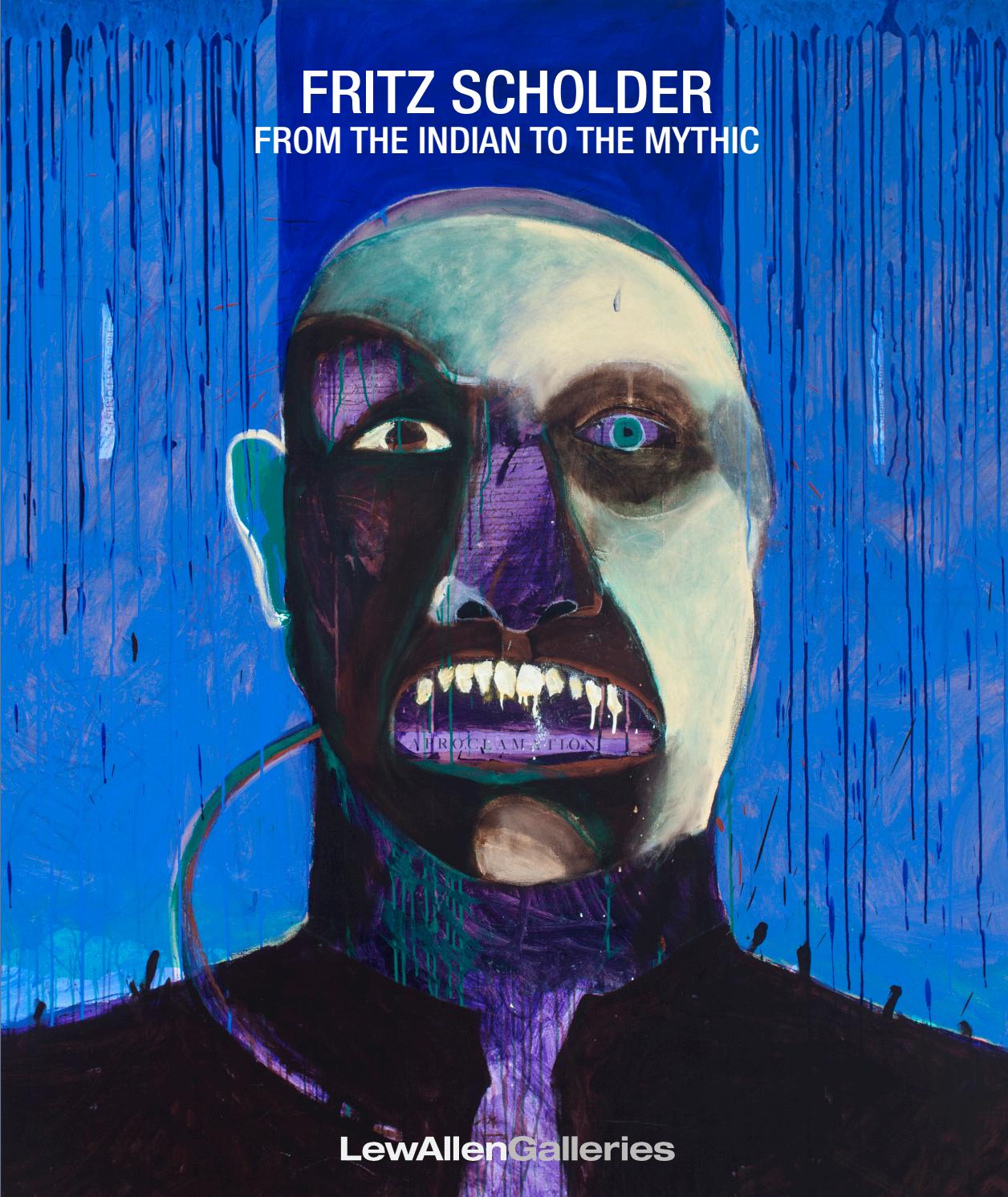 Catalog: From the Indian to the Mythic, August - October 2019